For most parents, divorce forces them to start living their lives by a new schedule; doing jobs that were previously shared with a partner. Many times this can feel overwhelming, and new priorities have to be established. Fitness, both because of time and financial reasons, is frequently one of the losers, but for many reasons, it shouldn’t be. I fell into the trap, but the method I found to get out of it might just help you, too. 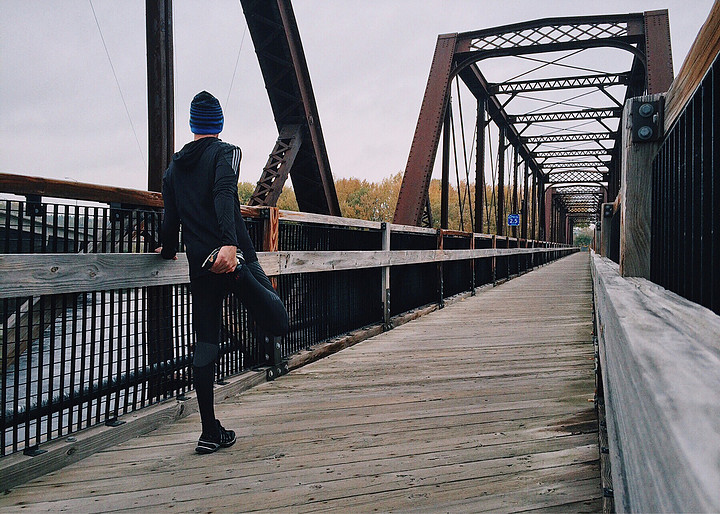 Single parenting is hard and it will always be the top priority, but taking care of yourself so you can keep up with your kids is almost as important! Maintaining positive, healthy thoughts and finding a daily rhythm that allows you to take care of your physical body is crucial to being the best dad you can be. I’d always been fortunate to be on the slimmer side, and I used to enjoy running and cycling as a way to stay fit and burn off stress. After my divorce, it seemed that the time I had to do those activities evaporated.

I found myself making every excuse I could think of for not exercising, and justifying it by saying I’m a single dad. While no one ever called me on it, it was definitely an excuse and one that I was perfectly okay relying on.

A bit more than a year after my ex-wife and I separated, I found myself working a desk job, spending the better part of 8 hours a day looking at a computer, and feeling tired at the end of almost every day. One morning, after I’d had my shower, I was putting on a pair of slacks that I’d bought shortly after my divorce…they were tight. And not just a little tight! I swore I’d worn them not too long before, and I was sure something was off. Had I shrunk them in the wash? Was I wearing them lower than the last time? Higher? Nope, I had just gained weight.

I wouldn’t say that I was mortified, but I was incredibly shocked! In hindsight, there’s no reason I should have been shocked (Fast food and couch surfing aren’t a healthy lifestyle? Whaaaaat?!?!), but I was. I spent a good portion of that morning rethinking my choices and really looking at how I’d gotten to that point, physically. After recognizing the path I’d been on, I decided it was time to do something about it.

I was on a tight budget, so paying for a gym membership wasn’t an option at the time. The first step was to look at my diet and to see how I could find the time to exercise. I started taking my lunch to work every day. 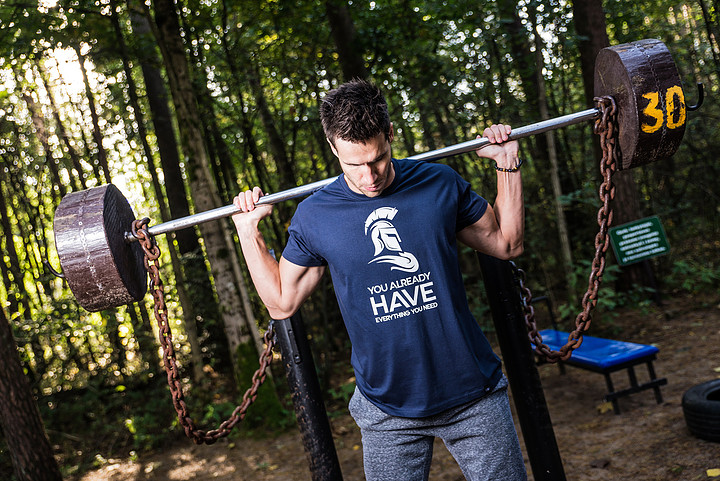 Not only did it save me a tremendous amount of money, I was eating better food, and I had more energy at the end of the day. I started to do meal prep on Sundays and keeping everything in plastic containers in the fridge, as well as planning out healthier breakfasts that I could fix ahead of time. Yes, the meals got boring for a while, after all, we weren’t meant to live on grilled chicken and steamed broccoli alone, but there’s this amazing thing called the Internet that is full of great recipe ideas that are far easier to fix than a novice cook, like I was, would imagine. So, the diet was heading in the right direction, now it was time for exercise.

My initial plan had been to start running again, but it was winter time and changing back into a shirt and tie after sweating on a run didn’t sound appealing, and I doubt it would have smelled that way either. I decided to start doing bodyweight workouts at home, before or after work, to build a base. I think this is where a lot of people fall down. You don’t need to have access to a big gym with a full rack of weights to start your journey, just the want and the will to begin! Again, the internet is a great place to find ideas. There are tons of “30 Day Challenge” sites that will focus your efforts on one body part or one movement for a month, and there’s no reason you can’t do more than one of those challenges at a time.

For me, doing a 30-day ab challenge and reintroducing pushups into my life was the kickstart I needed. The important thing to remember is that you get out what you put in. You need to make sure the form you use is proper, and focus your mental efforts on the muscles you’re using. Trust me, if you’re doing it right and thinking about it, you’ll feel just about anything you do. While every movement is different, a good general practice is to keep your neck in a neutral position and your core tight. I felt even better after my 30 days were up, but I wasn’t where I ultimately wanted to be. The next step was a squat challenge (bodyweight only) and buying a pull-up bar.

After a while, I decided that the way I was starting to feel was worth finding room in my budget for a gym membership.

I did research on several places near me and discovered that by joining the local YMCA, not only would I get access to the gym, what I paid for my son’s after-school care would be dramatically cheaper. Luck smiled on me and I was able to lock in a reduced rate during a membership drive. At the end of it all, the membership was going to save me more money than paying for after-school care as a non-member. This situation won’t pan out for most people, and I don’t mean to rub it in, but you never know what’s available until you really start looking. It’s worth checking with your employer and your health insurance company to see if they have discounted rates with any fitness centers near you.

Apart from the obvious muscle benefits, exercising is a proven mood elevator, and stress reliever, which all parents, single or not, can certainly use. Once you start to feel the change in your body, you’ll want to keep at it, but finding a rhythm can be difficult in the beginning. Next time I’ll talk about what worked for me, and how it kept me going!